Searching For the Elusive Spirit Bear

Searching For the Elusive Spirit Bear

Let’s face it, we love cruising BC’s Central Coast on our sailboat SV Tula. These remote cruising grounds are an uncrowded paradise with great sailing conditions, unparalleled scenery and spectacular wildlife both on land and in the ocean. While on board SV Tula, we regularly see black bears feeding along the shoreline, particularly at low tide. Bears love acorn barnacles for their salt and nutrients, and we are often amazed at the way they scrape these tough little barnacles from the rocks with their strong paws. We have even had bears swim across to a new island in front of our boat.

This issue of Tula’s Cruising Log is a brief recount of our summer 2018 voyage to the Central Coast.

The Kermode bear, also known as the spirit bear, is a rare subspecies of the black bear living in the Central and North Coast regions of British Columbia. It is the official provincial mammal of British Columbia, and while most Kermode bears are black, there are approximately 200 fully white bears in the GBR. The white variant is most common on Gribbell, Princess Royal, and Roderick Islands, where 10–20% of bears are white. Kermode bears hold a prominent place in the oral traditions of the indigenous peoples of the area. Mother black bears can have both black and white cubs. This photo of a black bear family was shot by Ian McAllister.

In early February 2019, filmmaker and conservationist Ian McAllister premiered his new IMAX movie in Victoria BC. His personal mission is to help protect this wilderness area and it was he who originally came up with the name ‘Great Bear Rainforest’. The film took three years to shoot using the latest, lightweight IMAX cameras. We have just seen this movie that captures the magic of the wilderness in the GBR, the majesty of the Kermode, grizzly and black bears and the myriad connections between life on land, in the air and in the sea. This movie is well worth viewing. 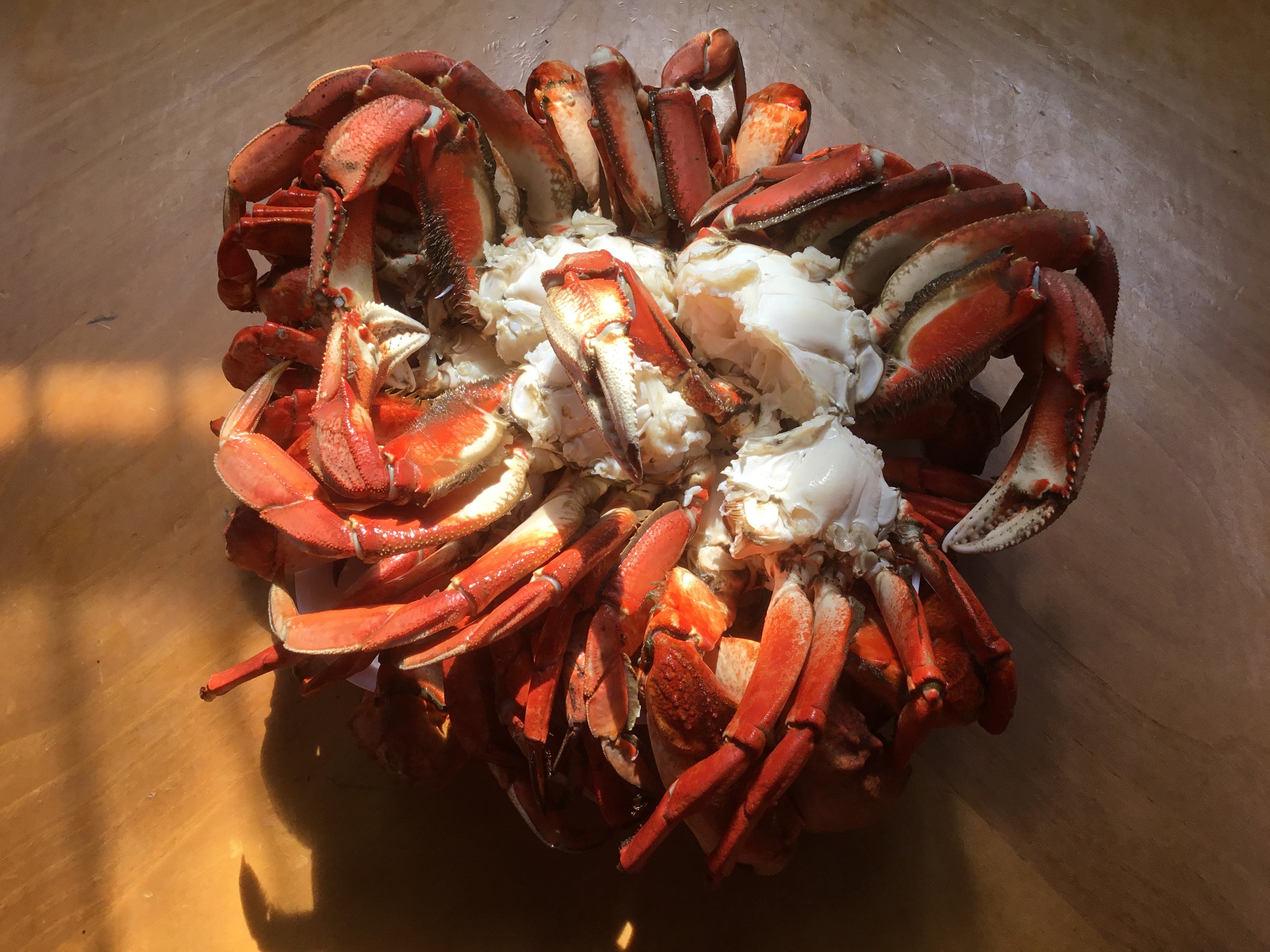 This last summer, we decided we needed an extended coastal cruise and felt students would enjoy cruising Desolation Sound, the Broughton Archipelago and then the Central Coast. We left our home port at North Saanich Marina near Sidney in early May and after completing some 1,200 nautical miles, we finally returned home in early August. Several students joined us for different legs and we taught Sail Canada cruising and Marine Radio courses en route. We cruised as far north as Klemtu in the heart of the GBR. Although bears were largely absent from our route on this trip, we had many encounters with orcas, sea-lions, eagles and other wildlife. The fishing was very good and Tula’s freezer was well-stocked with crab and salmon for the voyage. We caught a number of one our favourite fish, the green ling cod 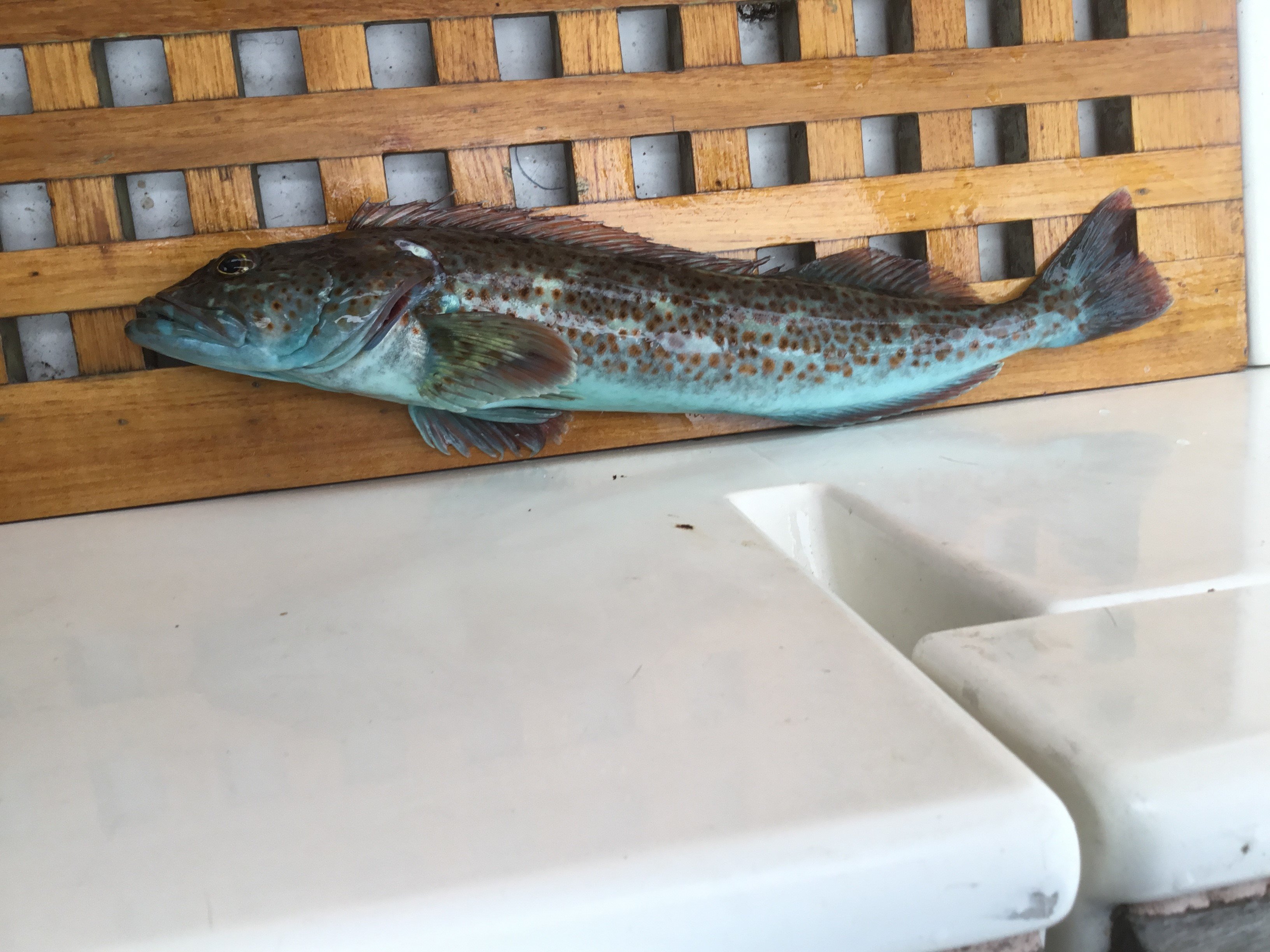 We travelled in company with Simon and Feather on their lovely Taswell 43 Freyja A. Simon is an electrical guru so when Tula had a minor electrical problem, he stepped in and willingly fixed the problem. When Peter had to ascend Tula’s mast to fix another small issue, Feather’s mountain-climbing experience and her advice was very welcome. This illustrates the advantage of travelling with knowledgeable cruisers.

During the trip, we experienced more fog than usual so Tula’s radar and chart-plotter got a good workout. The GBR is a remote area, so it is important to have all systems in good operational shape.

One of the most delightful places we have ever found on the BC coast is Pruth Bay. The bay is a sheltered anchorage and a great stopover either heading north or south. The Hakai Institute is a scientific research, teaching and meeting center established by Eric Peterson on Calvert Island, a remote island on the exposed Pacific edge of the GBR. The Hakai Institute is a program of the Tula Foundation (no relationship to our sailboat Tula), a British Columbia-based private foundation. The Hakai Institute specializes in long-term ecological research and has active research programs in archaeology, earth sciences, terrestrial and marine ecology. The Hakai Institute enjoys partnerships with neighbouring First Nations, local schools, government agencies and BC universities.

Would you like to join SV Tula’s Vancouver Island circumnavigation this summer? Contact Peter and come along.